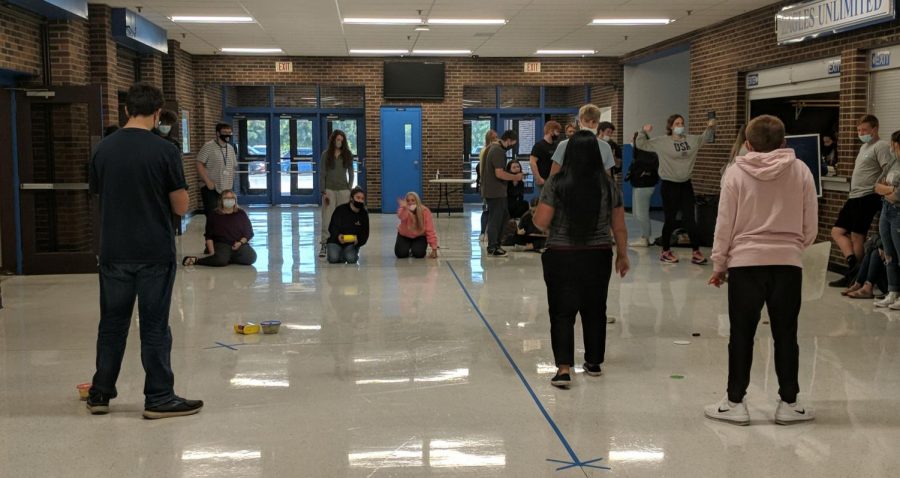 Curling is a Winter Olympic Sport where a team pushes a stone down a lane of ice in order to get the stone as close to the target as possible.

According to Mrs. Duke, this project implements both Project Based and STEM Learning: “These stones were created after extensive prototype testing and digging deep into research regarding the way forces affect motion,” she explained.

With this in mind, each team had to come up with their own form of a curling stone.

“My team used a Tupperware container with rocks in it as our curling stone,” said junior Alexa Raney. “The materials used allowed our stone to slide across the commons floor.”

“The next step in this process,” continued Mrs. Duke, “is for students to explain the connection between the sport of curling, the stones they made, and Newton’s Second Law.” 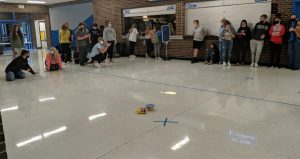