Crisis at The Capitol 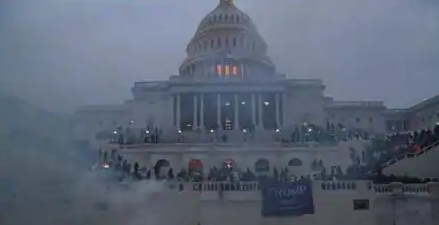 On January 6th of 2021, Congress was set to confirm that President-elect Joe Biden won the election.

During that time many, Trump supporters that were in Washington for a rally, turned to a protest that led to the infiltration of the Capitol building.

Trump, who lost the popular vote of the people, continued to dispute the results of the election and took the stage at about noon yesterday to falsly claim his victory of the election.

Later at the U.S Capitol, security was stationed at entrances, trying to prevent protestors from entering the building as the lawmakers were inside counting the electoral college votes to confirm Biden’s victory.

A mob of “Proud-boys” and Pro-Trump supporters were able to breach security and successfully enter the building. Vice President Mike Pence was evacuated from the building and was later the one to call the National Guard.

This evet left four people dead, 14 DC Metropolitan police injured, including one who was hospitalized, and many government officials in distress.

A strict curfew was set in place in D.C for 6 pm. and police with riot gear were stationed outside of the Capitol during the night. No other casualties have been reported.