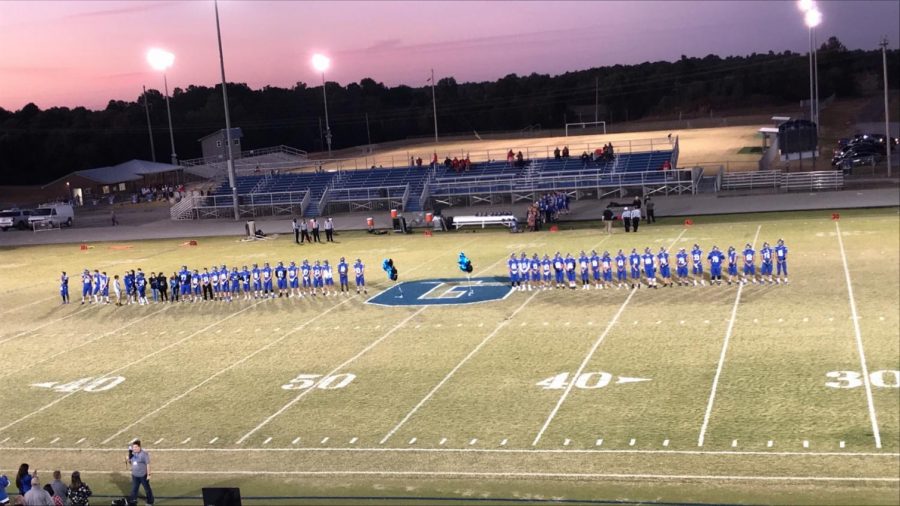 October 18th was our annual GCHS Football Senior Night. The game was against Owensboro, KY. Our Eagles played the best they could, with a tied score in the first quarter. Although Owensboro took the lead with the final score, 27-8.

Senior and number 64, Jacob Mills, said “I think we fought hard all night and played as a team, even though we lost.”

There were two posteriors at the one yard line where they could’ve took the lead but neither teams scored. Number 29, Clint Mckee, number 15, John ben Brown, number 2, Cody Goatley, and number 8, Jake VanCleve were all team leaders last night.

“There were mistakes made and bad calls by the officials all night,’ continued Mills. “If we keep playing and improving we will have continual success.”

Our Eagles played their hearts out, and they did their finest at the last home game of the season.